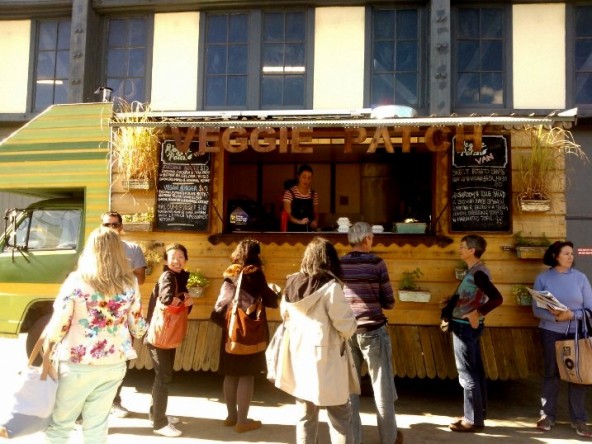 Here in Australia, we like to follow the lead of more prominent (we must admit) Western nations and the food truck is one of those things we couldn’t help but ‘borrow’ from the Americans. One could argue that they didn’t invent the phenomenon and that’s probably true…but we snitched the idea anyway. In the US, there are whole streets dedicated to food truck set-outs, with people fulfilling their late-night cravings for everything from ceviche and Southern fried chicken to kimchi tacos. But here, food trucks have to work with tough regulations and can only be found if you follow the dedicated website, Facebook and Twitter pages for all things portable junk food. Okay maybe not just junk food, and no other van can make a greater health claim than the Veggie Patch Van.

I really hope this new surge in health-conscious customers continues, if anyone needs to move away from fast food chains, it’s definitely us!

Their menu is short and sweet, changes seasonally and is all-vegetarian. The nutritious Mushroom and Kale salad with baby spinach, zucchini, marinated tofu, sunflower seeds and a lemon dressing ($8) was totes up my alley but sadly, they were sold out when we arrived (yes, people, salad sold out before burgers!) 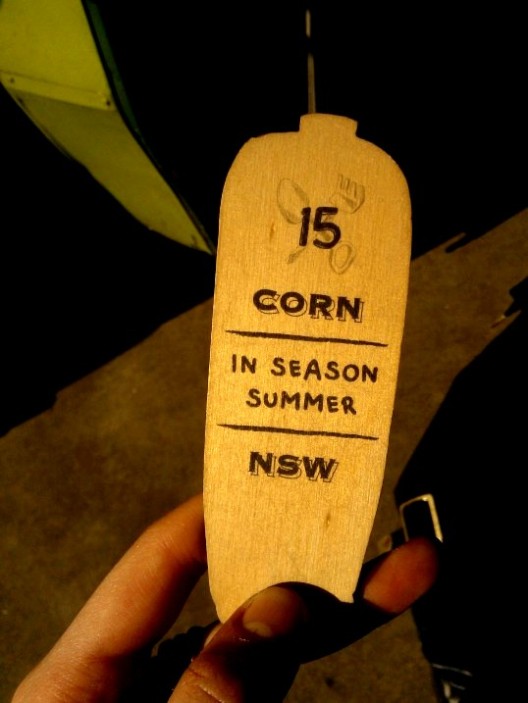 How cute is this number token?!

So I opted for the not-so-alluring-sounding Vegan Burger ($10) but was wowed by how much flavour was packed into this baby. It’s the burger with everything you’d ever want or need from a burger. A pepita and sunflower-seeded wholemeal bun, tangy mayo (vegan!), sweet beetroot relish, caramelised onion, a creamy zucchini, almond and olive patty complete with a garlicky kick and a touch of spiciness. Seriously, what is not to love?

We were at the Sydney Writer’s Festival so my fellow bookworm opted for the Zucchini Burger ($10) which consisted of a zucchini, chickpea and feta patty, beetroot relish, caramelised onion, dill mayo and homemade ketchup. It was a very pretty, very colourful burger but the patty didn’t have as much flavour as the vegan version, according to friend.

If I lived in Sydney, I’d be following this truck’s every movement – I definitely want a follow-up visit to see what exciting and fresh new menu items they have in store.