I’ve had some amazing food-focused weeks so I’m a very happy girl at the moment!

One of these was at the annual Night Noodle Markets, and despite being a grump who hates standing in lines, I can never resist being lured to places which consist of a whole heap of food and more food! 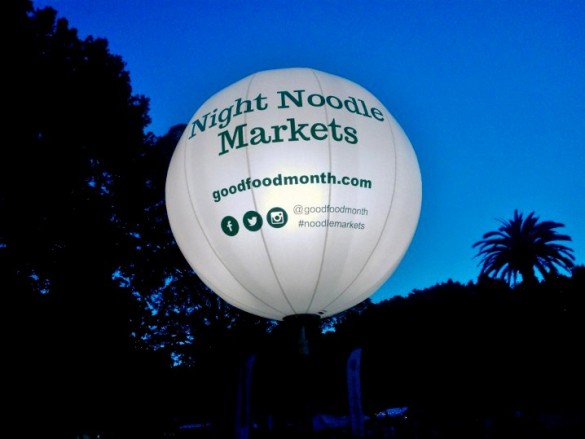 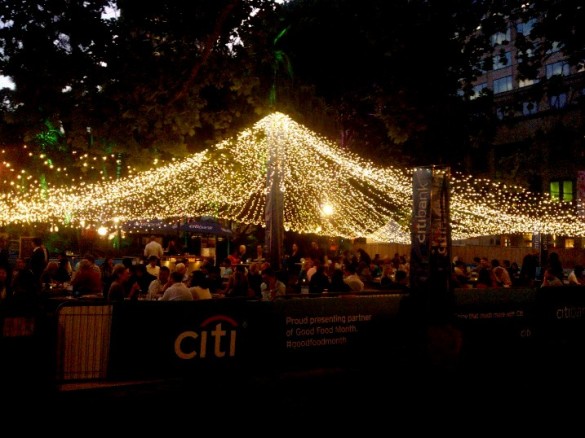 I’m a really keen bean when it comes to any sort of festival so I was ready for the lines (BRING THEM ON!) but I was a bit too keen and ended up making a friend walk with me from Central station to Hyde Park around a half hour before the markets were even open (awkward!). It was good to get a glimpse of all the choices on offer before the crazy hungry Sydney crowds arrived anyway.

Before I go on, I must apologise to the two companions who were kind enough to put up with my indecisiveness and constant strolling to find what I wanted (can you forgive me?). Sorry guys!

Back to my point, the markets were spectacular; so many different styles of Asian cookery and a plethora of cuisines on offer: Malaysian, Chinese, Japanese, Korean and more! Choosing what to fill my hungry stomach with was the hardest part, and as the crowds grew, I became flustered trying to think of what I ‘felt’ like. So I settled on a few starters to whet the appetite.

First we arrived at Kinn Dining where I opted for the Lobster and Prawn Rolls ($1 each, min 3) and didn’t realise that there was a minimum spend so already was pretty satisfied. The seafood innards were tasty and moist while the crunchy, fried outer was really addictive. My friend got the Mini Pork Buns (or ‘Xia Long Bao’, $6.50 for 4) from Shanghai Kitchen and he had no idea that buns could hold soup. It looked nice enough and the soup leached out everywhere haha.

The other friend went for the cleverly titled CKT ($11) – Char Keouy Teow – from Jackie M which looked really delicious and had some nice char from being wok-tossed which is always a good thing.

Next we went in search of mains and after a good half an hour or so of wandering around and salivating over tempting tasty things, I decided on the Lobster Pad Thai ($13) from the nicely designed Infuzions stall. The pad thai was great, with a generous amount of lobster pieces, but it lacked in a zingy lime hit which it seriously needed. After the first few mouthfuls, there were no flavour surprises within. 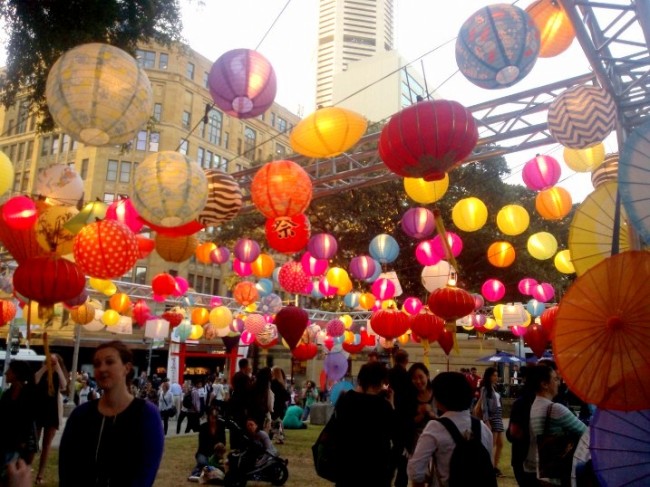 Art & About, with quirky art installations scattered around the CBD, was on so after the carb load, we walked around and found some uber cool art pieces! There was this genius exhibit which was basically a bunch of vertical 4-sided mirrors all placed near each other to trick the eye and make a statement about what is real (so deep). It was so beautiful at night when the colourful LED lights appeared from within and I wish my camera would of captured some better shots.

Of course, we had to get dessert to end the night on a sweet note. The only thing that looked tempting was the ice cream and sorbet selection at Serendipity Ice Cream. I didn’t feel like anything too heavy so chose the Dark Chocolate Sorbet ($5) – all smooth, creamy and luscious, yum! My friend went for the Passionfruit Chili Sorbet ($5) which was refreshing with a spicy kick as an end note.

I’m  a crazy person but I’m going to have a second attempt at the markets on Saturday night because there is so much more to sample! I’ll probably not update this post with more long descriptions (what am I, some food-obsessed critical freak? Yes, a tad…). Food festivals are the best thing ever so I definitely recommend you try this one out sometime.